Anyone who has hard water knows the importance of a water softener system. These intricate machines remove the hard minerals and impurities and leave you with clean, clear water. However, there are a lot of little parts that come together to make these units work properly. If something goes wrong, your system will malfunction and you will be left with orange water that will quickly stain everything in your home. To make sure your system is in top shape, here are a few common problems you might encounter with your system.

Anything that has water going through it could end up getting blocked up at some point in time or another. In a water softener, the system can get blocked when the lines that carry the minerals and salt end up forming deposits. Those deposits end up clogging the line and impeding the path to the tank. Two common places for blockages to occur are the line and the screen. You can easily fix the blockage by flushing out the line and removing the deposits.

Not only can salt end up forming inside of the lines, but it can also build a block on the inside of your tank. When the salt forms into what is referred to as a salt bridge, you end up fighting through a large, hard pile of salt deposits in the bottom of your tank. If your softener seems to be otherwise operating but isn't softening the water properly, it is probably due to a large salt bridge inside of the tank. Salt bridges prevent your water softener from being able to cycle properly. Simply use a broom handle or other hard object to break the salt up.

If you have to put in a bunch of settings to get your system to work properly, there is a good chance that something could be put in incorrectly causing your system to malfunction. You are better off letting a trained technician come in and set the system for you. This will prevent anything from being put in wrong. Even something simple could end up messing your system up and causing a world of problems.

Water softener systems are amazing inventions that can tackle your hard water problem in no time. However, it is up to you to make sure you take care of them properly to prevent any major problems from occurring down the line. 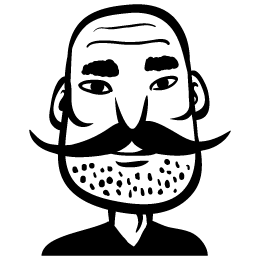 Hi, I'm Victor Grayson. The bedroom is my sanctuary. After working at a labor intensive job all day, I look forward to falling into bed and relaxing. As a result, I really took the time to prepare my bedroom for the ultimate in relaxation. I paid close attention to the different types of furniture, bedding and decorations that would work well in that space. I used a variety of techniques to make sure my bedroom made it easy to rest without distractions. That means that my room is free of electronics and light emitting devices, beyond the single lamp on the bedside table. However, there are many different ways to set up the bedroom space. I will use this site to discuss the different types of bedroom layouts you can create. I will also talk about the wide range of furniture items you can choose for your sleeping space.